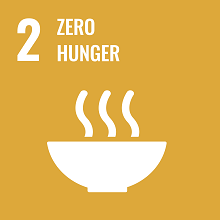 Food insecurity is an issue deeply intertwined with the health and economic well-being of families, and social development more broadly. Food-insecure families are more likely to experience adverse effects to their health and well-being, which include (but are not limited to) restricted mobility and chronic conditions, poor mental health and mental distress.

Food insecurity impacts not only individuals, but also families and communities, and incurs considerable costs on the health care system – it’s a matter of family well-being and public health. As such, the Zero Hunger goal aims to end hunger, achieve food security, improve nutrition and promote sustainable agriculture.