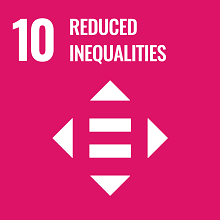 Families in Canada are highly diverse, comprised of many intersecting and interacting factors and identities, including gender, age, disability, indigeneity, sexual orientation, race, class, ethnicity, income and religion. This diversity is a part of our social fabric, and supporting equality among Canada’s diverse peoples, a source of national pride for many, is an important component of policy-making.

However, many inequalities persist across the country and are experienced disproportionately by the same marginalized families and communities who make Canada a diverse nation – a reality with serious consequences for their social, economic, cultural and environmental well-being, as well as long-term social and economic development for the country as a whole.

Reducing inequalities is key to fostering social and economic growth, upholding our national commitment to equality expressed in the Canadian Charter of Rights and Freedoms, and creating a society in which families can thrive in a caring and compassionate society with a robust and prosperous economy, in an inclusive and vibrant culture, and in a safe and sustainable environment.