Family attachment is vital to family well-being. Furthermore, family bonds are often more important, more robust and more enduring than other bonds a person will experience in their lifetime.

Family attachment is stronger than other types of attachments

According to a survey conducted by the Vanier Institute of the Family, the Association for Canadian Studies and Leger from April 17 to 19, 2020,1 family attachment is readily apparent within the COVID-19 pandemic environment.

In fact, according to respondents, family bonds are stronger than any other type of attachment (fig. 1). 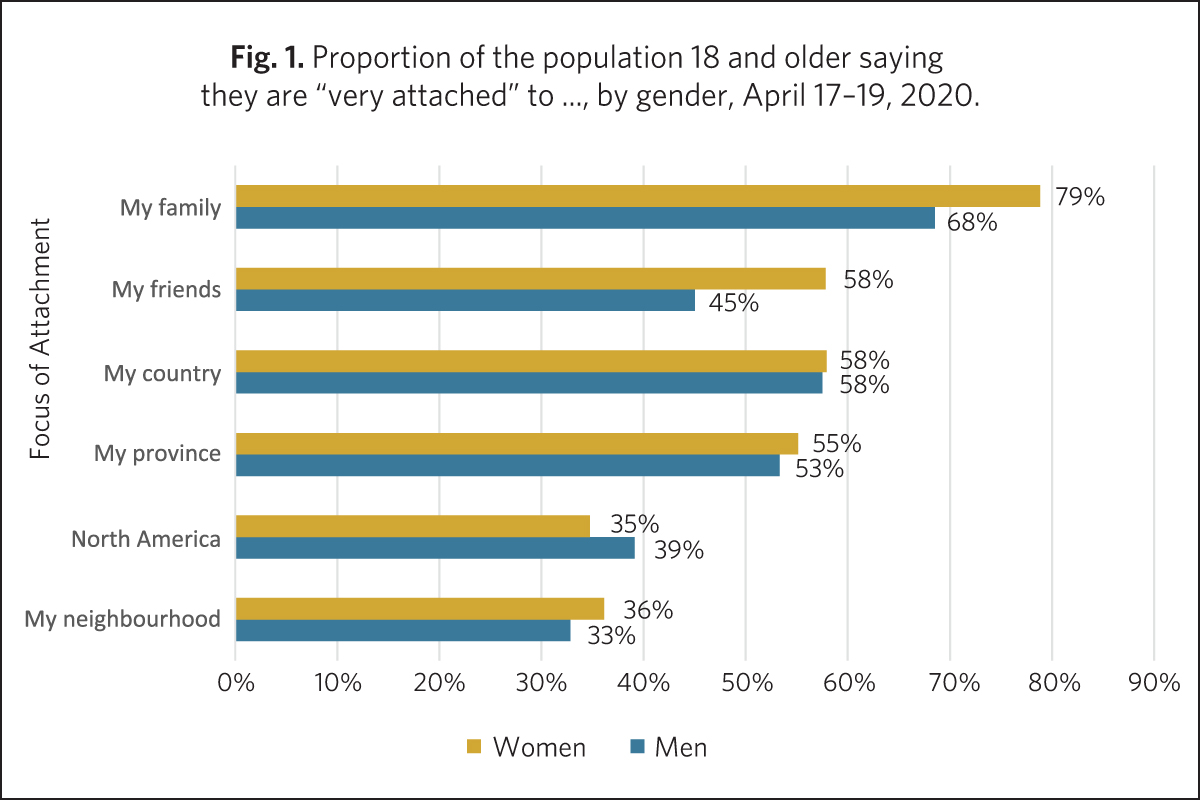 Women typically report stronger attachment than do men, and this is true as well in the case of family attachment (fig. 1).

Attachment to one’s family increases with age, especially for men

Older adults are particularly likely to report strong family bonds. More than 8 in 10 women (84%) and nearly 8 in 10 men (76%) in this age group reported that they are “very attached” to their families, compared with smaller shares of women and men in younger age groups (fig. 2). 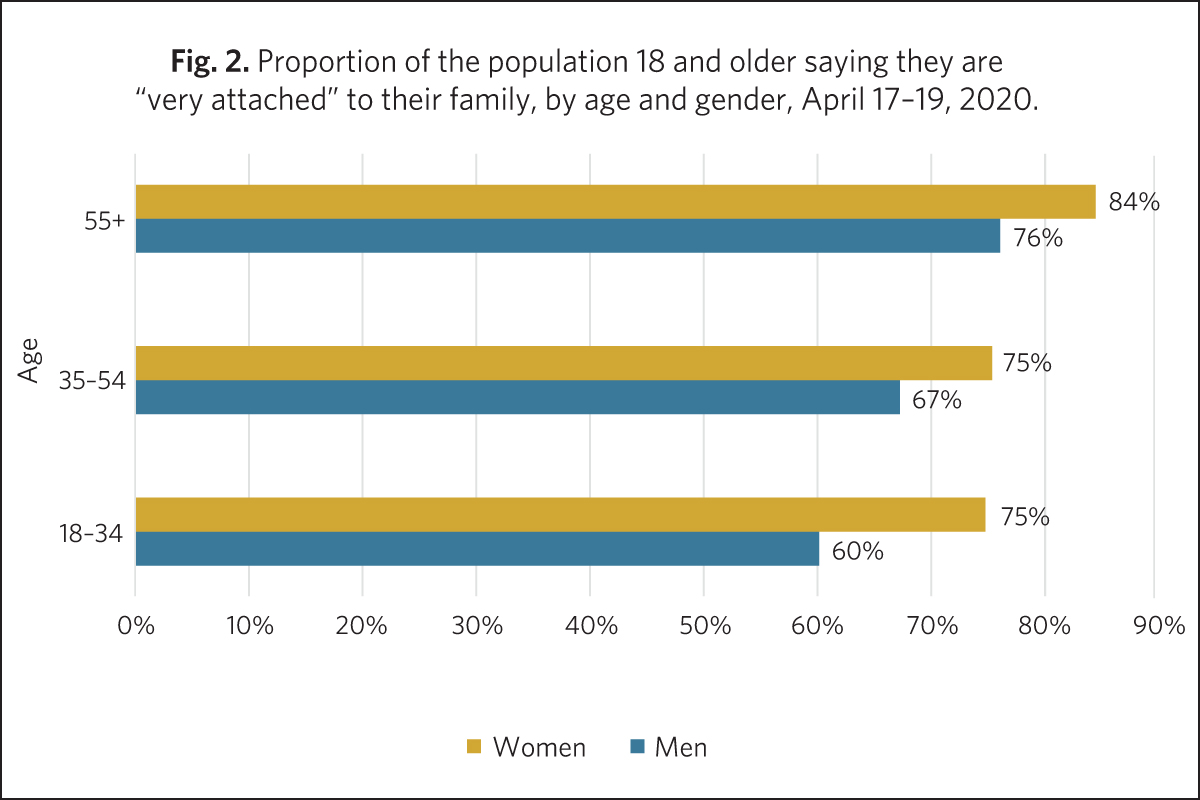